ABSA programme It was great to work with learners as there was no issue of recruitment. The exam was on so the staff had to workout a timetable that will accommodate the training. On the day where all Mbhudula learners were either writing or revising, the principal organised with a nearby high school Samora Machel to train their learners as well. Teachers also attended the training and they find it informative. I think there should be a training which designed for learners which cover the basics of finance. According to money fo sho the training is for 4 hours but the same training is 2 hours for ABSA. That was challenging to compress the training but it worked as I had many groups so it was a learning curve. Working with young ones is sometimes problematic as they want to be disciplined at all times. The principal addressed them and the situation was better. The registers were challenging because half of the class will share the same surname and names. It was a struggle to match the evaluation and the registers. Due to timeframe and learners juggling between the training and their exams I was forced to collect the evaluation later. That caused so many problems because they were sharing information and I spent the whole week after the training trying to sort evaluation forms according to registers. This training drained my energy and my pocket but it was worth it. Those learners needed that information more that I need money and my energy. I still forget to take pictures at times because my focus is on training. Teachers helped by taking pictures and send them to me. I learnt from that experience however it is better to conduct training in your province to minimise costs. 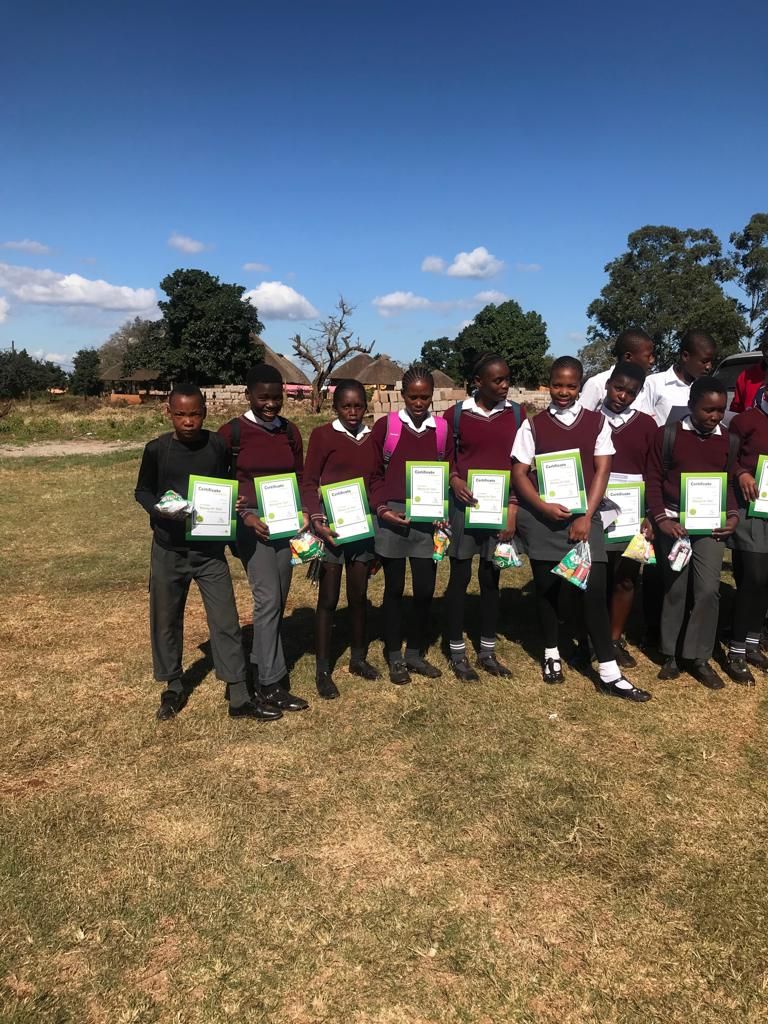